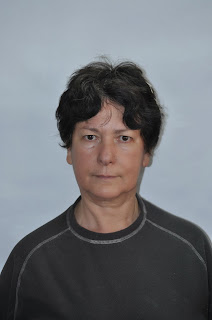 1-      Perhaps we should start with Lamarck. Was Lamarck (and Darwin, because Darwin was a lamarckist) right? Are the neo-Darwinian evolutionists (R. Dawkins) wrong?

The question is problematic. Of course Lamarck was wrong about many things and so was Darwin. After all they  thought and worked  200 and 150 years respectively and it would be very sad indeed if biology did not move on and with it, inevitably, our understanding of the mechanisms of evolution.  Both Lamarck and Darwin were great biologists, with great insights from which we benefit to this day, but they were wrong about many things.
The neo-Darwinians are not "wrong";  the mechanisms on which their interpretations of evolution rely certainly exist and are important. The problem is that they exclude other equally important mechanisms. Their view is mostly based on generalization stemming from 50 year old biology. We need to extend the theory of evolution in view of what we have learnt during the last decades.

2-      Which is the most astonishing thing (fact, idea, study, book…) that you have ever discovered, the one that changed your mind about life and biology?

I am constantly fascinated and astonished. For me, the understanding, when I was an adolescent after reading Koestler (The Ghost in the Machine) and Darwin (The Origin), of the power of the principle of selection was enlightening and formative. I read Waddington very early on, and was very influenced by him. The realization that epigenetic mechanisms can have both indirect and direct role in adaptive evolution and speciation was an important  and transformative realization that occurred much later when I was working with Marion and (in parallel) doing my PhD.

3-      Is the central dogma of molecular biology out of date? People like Mary Jane West-Eberhard are saying that the gene does not lead, that it follows…then: Who leads? How is the flow of information within the cells? Who is the conductor in the orchestra of the cell?
The central dogma is correct: there is no back translation from proteins to nucleic acids. However, there is protein to protein transfer of information (and variations in information, as in prions), enzymes can alter DNA in response to developmental signals, and inheritance can occur at additional levels of biological organization. It is very important to understand that the central dogma does not exclude the inheritance of developmentally induced variation.  Once the central dogma is understood as a statement about the lack of back- translation (an important empirical fact) all is well and there are no misunderstandings.
West Eberhard' assertion (shared by many others past and present, including Conrad Waddington and Ivan Schmalhausen) that genes are followers in evolution, has nothing to do with the central dogma. It is merely stating that phenotypic changes precede and guide  the selection of genes. The metaphor of the conductor is not appropriate for describing the relations between different molecular factors and processes in cells. There is no conductor. The cell is a real complex system.

4- How should we understand the gene now? Do you think of networks instead of single genes? Which is the unit of evolutionary change?

I think that there are functionally hard-to define nucleic acid sequences, which can be identified and isolated and are important for the analysis of biological processes. We call them genes, and usually know what we mean –  in the context of specific experiments and biological questions. When we try to have a generally applicable definition we fail, because the units can be multifunctional, sometimes have fuzzy boundaries, the way they are processed is varied,  etc. etc.   I think that for many purposes thinking in terms of  gene-networks is much better. I think that the unit of evolutionary change is the heritably varying trait, which can receive heritable inputs from variant DNA sequences, variant epigenetic factors,  and from behavioral and cultural variant processes.

5-      How do you understand mutations now? We think this is a very strange and difficult topic for the general public. Are they directed? Are they controlled by natural selection too?

There are many types of mutations. Some are blind, some are targeted to particular regions, developmental periods, and functional context. All mutations, however they are generated, are subject to selection. The mechanisms underlying the generation of mutations evolve by natural selection.

This is an impossible question,. I have spent the last 25 years writing about this…. (and soon a second edition of Evolution in 4 Dimensions with a  long chapter devoted to this and related questions is coming out). There is a lot of variability in the fidelity of transmission of epigenetic variants, depending on the system, the conditions of induction and transmission and a lot of additional factors we do not yet understand very well.  The epigenetic state can be erased by environmental conditions, but obviously this is not always easy because some of them are very persistent. We need to learn how to do that.

7-      Surely you are familiar with the paper by Dias & Ressler about the inheritance of a parental traumatic  exposure. Could pleasant experiences also be transmitted to the offspring? To what extent are we the result of our parent´s history? To what extent does this reality limit the autonomy of the individual?

I am familiar with this wonderful study. There is evidence that mice that live in enriched environment (that  positively affects their  learning ability), transmit this enhanced ability to their offspring that live in standard environment. However this was found to affect just one generation, and biologists do not know what the molecular mechanism is in this case, although I am sure we shall soon find out. So there is no reason what positive experiences will not affect the transmission of  developmental and behavioral dispositions.  The autonomy if the individual is both constrained and expanded by this type of inheritance. Expanded because its development can have greater effects than was believed, and if the animal can control its life, then it is an agent of change of its offspring life too.  But it  also means that we inherit more than DNA our ancestors, and hence the continuity is multidimensional, and there are constraints and affordances at every level.  Autonomy is a very complex notion, especially for humans.

8- You are interested in the evolution of information and you consider the emergence of the nervous system as a major transition in evolution. In Evolution in Four Dimensions you picture a panoramic view of some of the great evolutionary transitions and suggest that they were built on new types of information transmission. A figure depicts the evolution mountain, where moving up the mountain there are new types of inheritance systems (genetic and epigenetic, behavioral and symbolic). We know that is really difficult to make predictions, especially about the future, but, which will be the next evolutionary transition? Which could be the next way to store, transmit, and interpret information? Which could be the next inheritance system?
I really don’t know. There may be many types of complex culturally constructed and transmitted information; maybe there will be one day some kind of human-robot hybrids (cyborgs), that will alter the notion of what transferring  information means … .

9- Could we say that we are living an epigenetic “bubble”? Sometimes when we have a new discovery (mirror neurons could be one example) we try to answer all pending questions with the new paradigm. Could this be happening with epigenetics?

Yes, it may be the case. We have to be careful not to be too confident and interpret everything in terms of epigenetic mechanisms. However, these epigenetic mechanisms, just like genetic mechanisms, are fundamental to life as we know it, so it is not surprising that they are found to be relevant to many many things. It is equally clear that there is a lot we do not know, and that we must extremely skeptical and careful.

10- Have you ever felt lonely (you and Marion), when your ideas were dismissed as mere speculations? Where did you find the energy to go ahead?

Being two was a great thing, because one does not really feel lonely, we propped each other. It was sometimes very unpleasant and disheartening, but the biological logic was compelling, so we went on.   There were always people that we respected, who, even if skeptical, believed that what we do is important, so this was encouraging and  morally  (and practically!) helpful.

11- What are you working on now? What mystery would you like to unravel? 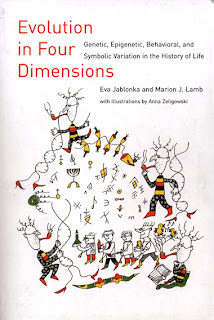 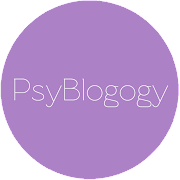 " I think The New Evolutionary Enlightenment is an interesting bit of academic entrepreneurship".

Sarah B. Hrdy. American anthropologist and primatologist who has made several major contributions to evolutionary psychology and sociobiology.

"Recommendation of Javier Moreno, Germanico: Senor Moreno interviewed me on line for his compilation the New Evolutionary Enlightenment.I found his questions both intelligent and penetrating. I enjoyed answering them and being caused to think in depth about serious and sometimes fundamental matters. He has considerable talent in an area in which interviewers are prone to be lamentably superficial".

“Javier is editor of "The new Evolutionary Enlightenment" (http://ilevolucionista.blogspot.com), which is a blog concerned with the science and philosophy of Mind. His many interviews with leading researchers in this field provide valuable insights into current thinking about Mind.”


“Javier interviewed me as Editor of La Nueva Ilustración Evolucionista in a most knowledgable yet empathic way. I was well pleased with the result and consider that his on line site speaks for itself with so many excellent, highly readable and pertinent interviews. I can thoroughly recommend him".
Michael Russell, NASA Senior Research Fellow, Jet Propulsion Laboratory.

“Javier interviewed me for his website http://www.ilevolucionista.blogspot.com/ in 2009. He has built up an impressive collection of interviews there with almost every key thinker in evolutionary psychology. This in itself is testimony to his professionalism, dedication, and intellectual curiosity".

“Javier Moreno, aka "Germanico," has performed an important service in making the work of scholars and writers in the field of evolutionary biology and allied fields accessible to the wider interantional public by designing and curating the website La Nueva Ilustración Evolucionista / The New Evolutionary Enlightenment. From my own experience as one of the participants and a reader of dozens of other entries, I can attest that the interviews are conducted in a penetrating fashion with the objective of extracting the most distinctive aspects of each writer's work, the translations (between English and Spanish as required) are done in a careful and lucid fashion, and the physical production is of a high aesthetic quality. In my opinion, Javier has made an original and useful contribution to world culture".
Stuart Newman, Professor, New York Medical College.

"This website is an extraordinary labour of love, with detailed and penetrating questions to many of the leading figures in evolutionary biology. It is a tribute to the quality of the questions, and their creative online presentation, that so many notable evolutionary biologists have answered, not merely quick answers, but detailed and comprehensive essays in many cases. This is an unusual and meaningful achievement".

"One of the most interesting interview sites for the sciences of human nature, available to Spanish- and English-speakers alike".

“Javier's website, The new Evolutionary Enlightenment, is well worth a visit. You will find interviews with all the most interesting people thinking about the evolutionary basis of human behaviour (and also C & U Frith)”.
Chris Frith, Emeritus professor of neuropsychology, University College London.

"I'd like to recommend Javier "Germanico" Moreno as en amazing person, whose intellect and passion resulted in creation of one of the most professional popular-science web services. The list of the outstanding researchers from different fields of science, who took part in his project is really impressive. I'm sure he will be able to engage himself in other activities with equal passion and professionalism". 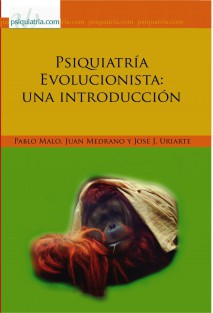 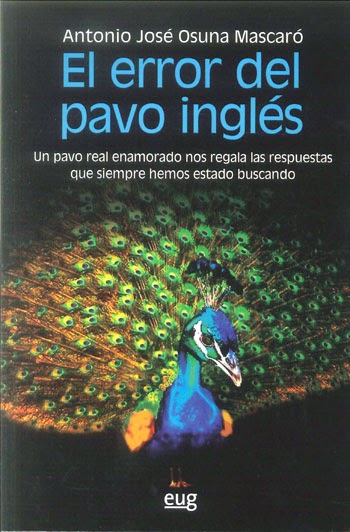 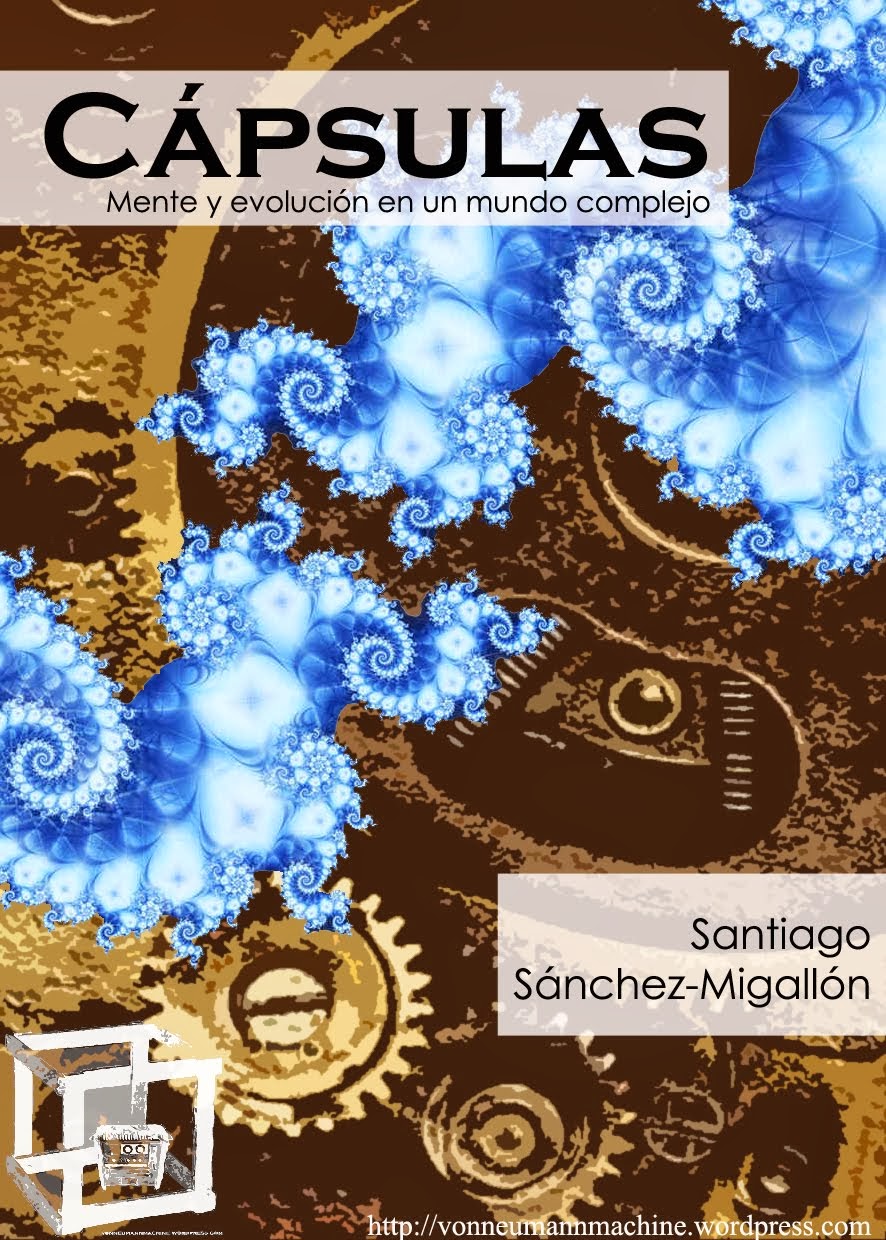